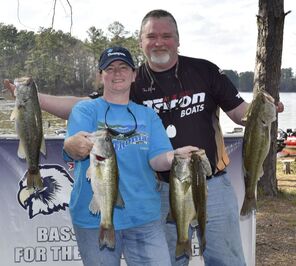 Email Missy and Tom and ask them to add you to their email distribution and for the 2019 schedule. 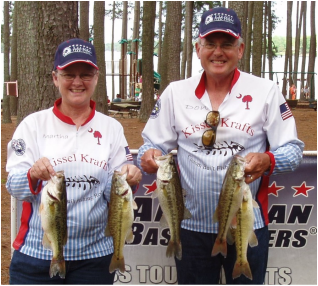 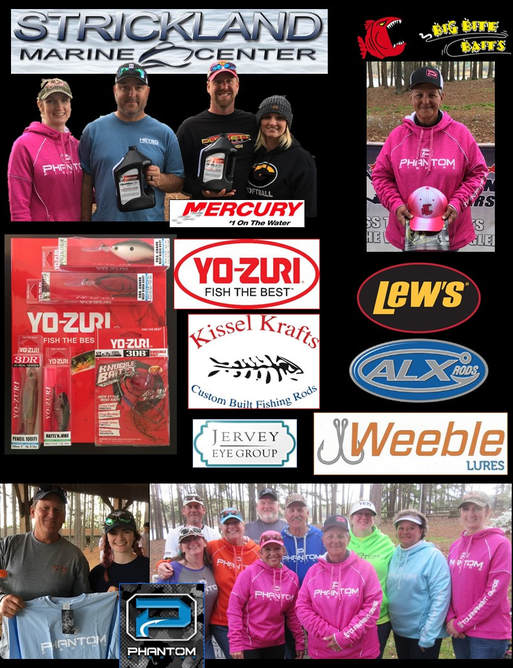 Sponsors,
Thank you for your continued support!!!

Article for the Lake Murray tournament is available at http://abacouples.com/Story.php?Newsid=2664
Results

2017 End of Season Awards for the South Carolina Division 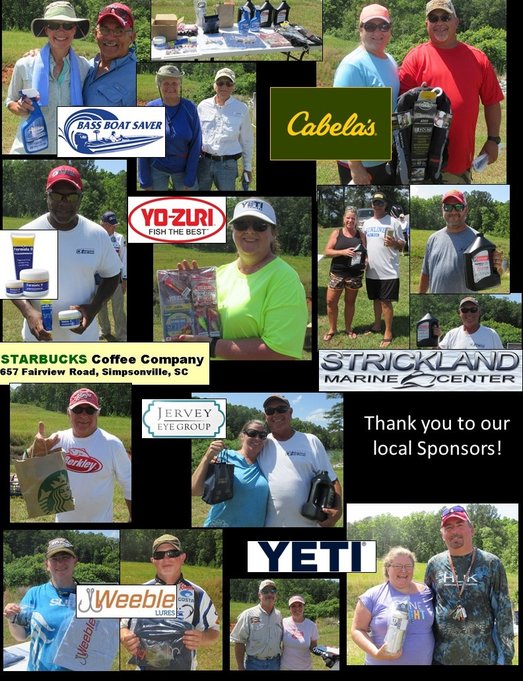 Thank you Sheri DeBord for being our photographer and capturing fun and fish moments.
The article about the Lake Keowee tournament is available on American Bass Angler's web site, South Carolina division

Thank you to our volunteer photographers:  Sheri DeBord and "Michelle", Debby Brown's granddaughter. 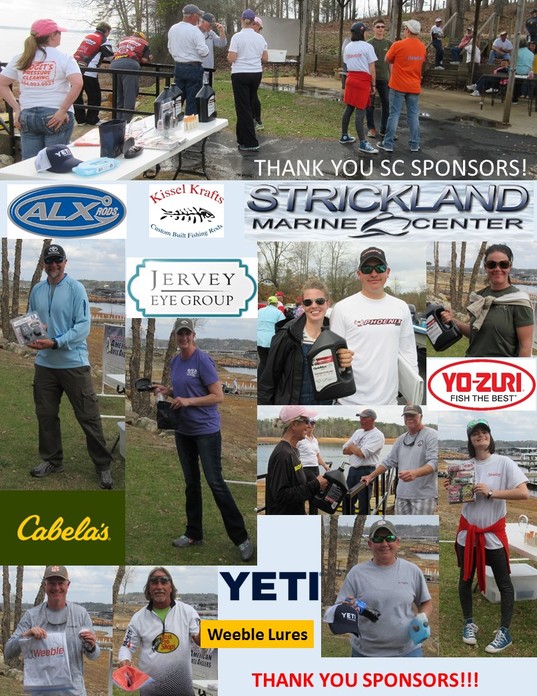 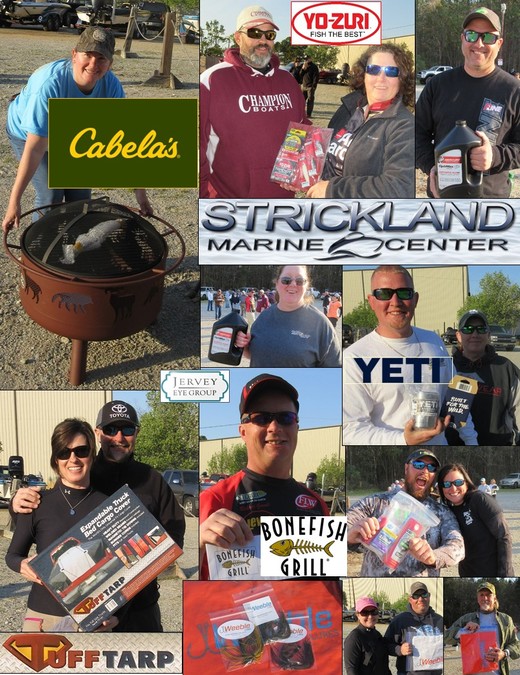 ALX Rods and Kissel Krafts Custom Rods, two excellent fishing rod companies provide you the chance to win one of their rods.  Plus, Lew's Reels has sent two reels for the Season's Big Bass Winners.  The season's "BIG FISH", for both the Ladies and the Men's Big Fish, will take home one of these rods and a Lew's reel at our June, Greenwood tournament.  Good luck! Remember, Greenwood is a big fish lake. 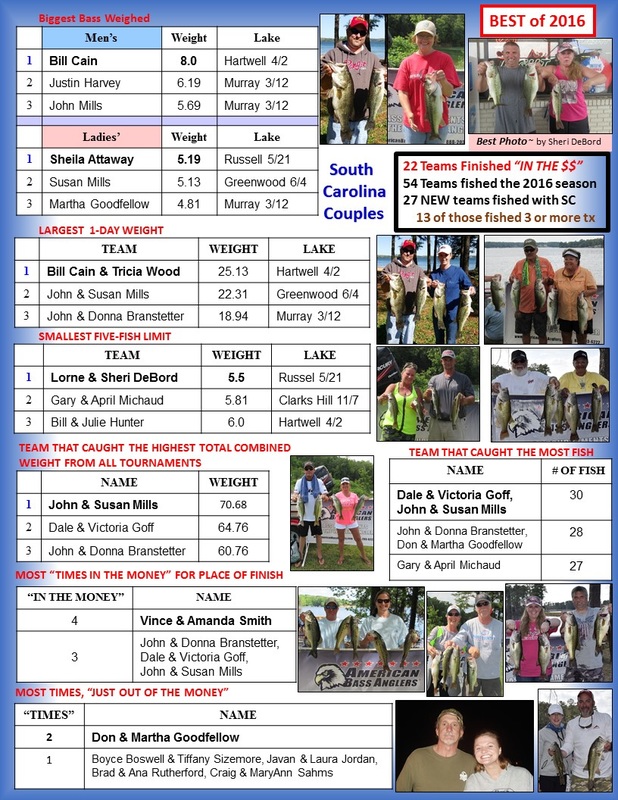 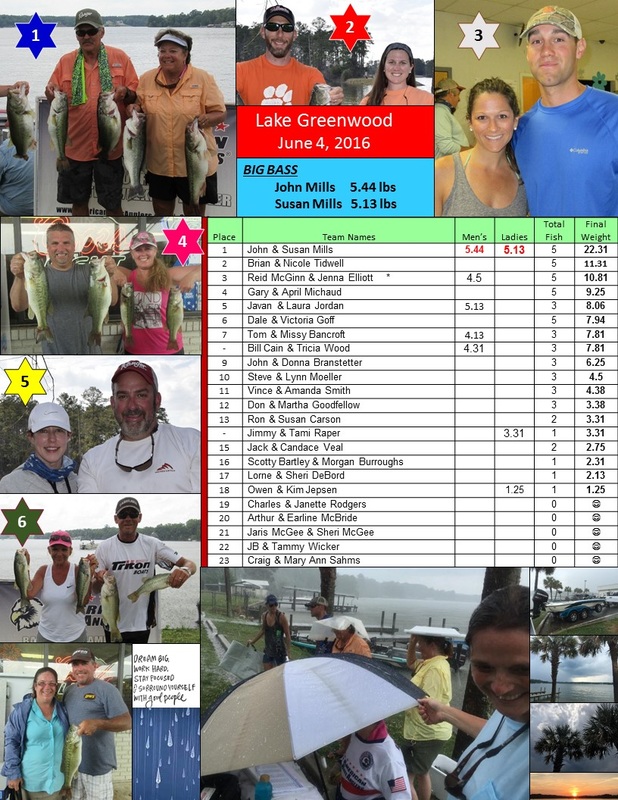 Thank you to our photographers: Sheri & Tammy
Article for the Lake Greenwood tournaments is available at:  http://abacouples.com/Story.php?Newsid=1922

Thank you to our photographers:  Sheri, Morgan, and Victoria!
Article for the Lake Russell tournament is available on the American Bass Anglers web site:  ​http://www.abacouples.com/Points.php 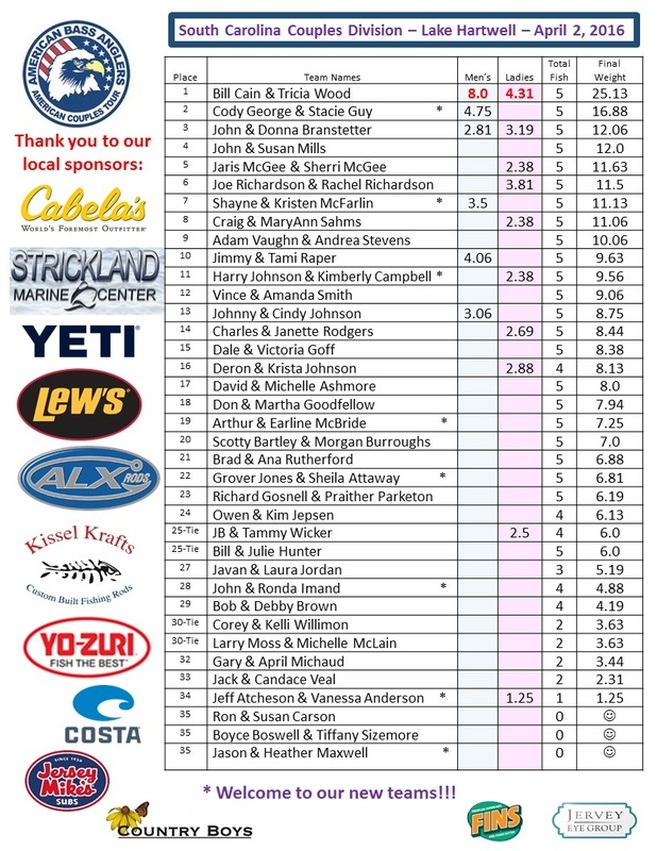 Article about the Lake Murray, March 12, 2016 tournament is available online at:   http://abacouples.com/Story.php?Newsid=1806 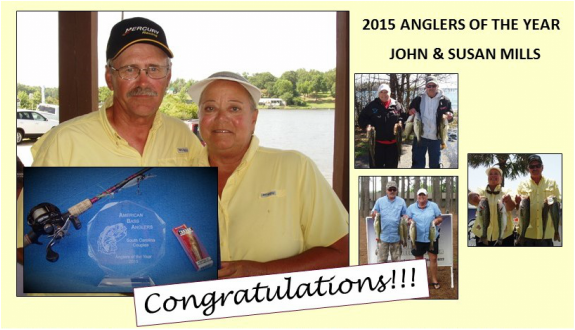 Presented to John & Susan Mills, the best South Carolina Couples team, based on the best 4 out of 5 SC tournaments. Tournaments starting March 7 and ending June 13, 2015. 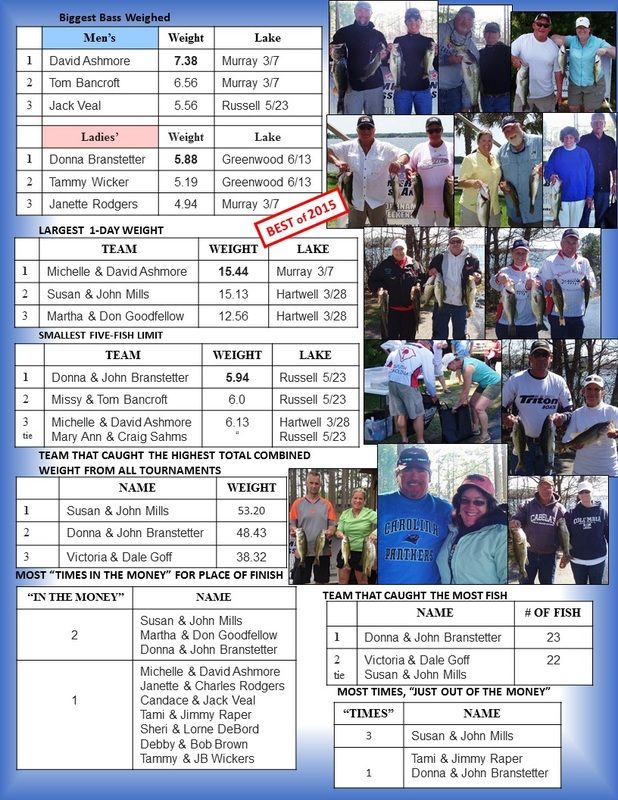 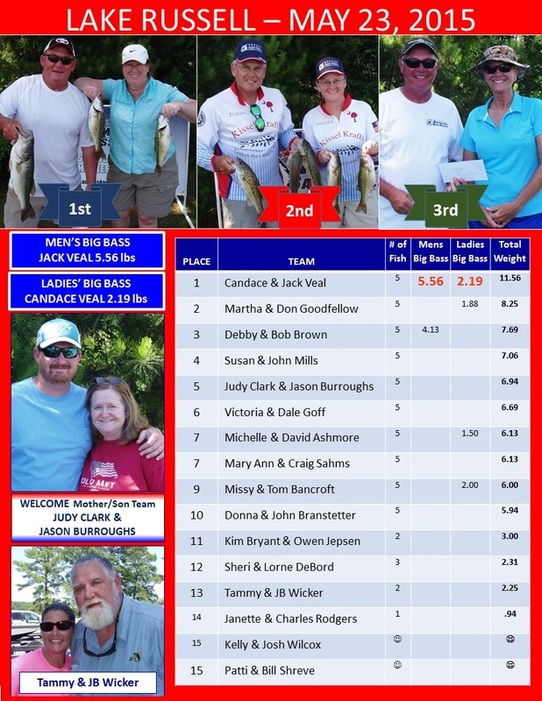 Prefishing for the Clarks Hill tournament was good...  Caught this nice 6 pound 4 ounce bass using my Lew's reel and my Kissel Krafts Custom Rod.  Made a cast with my spinnerbait to the hydrilla weeds and on the way out, passed some isolated weeds, and this nice bass bit. 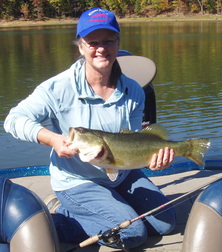 CONGRATULATIONS to our South Carolina team,
﻿Dale and Victoria Goff﻿
2014 NATIONAL "ANGLER OF THE YEAR" TEAM!!! 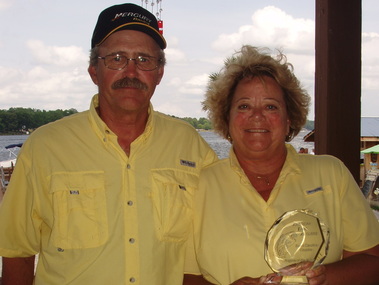 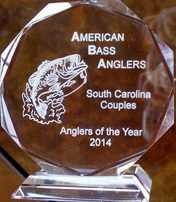 To be awarded to the team with the "best three out of four tournament" finishes.

Good luck and Best of Fishing!!!

Questions & Answers:
This link will take you to my web page that answers some common questions.
If you need further help, please E-mail us at sc.aba.couples@aol.com 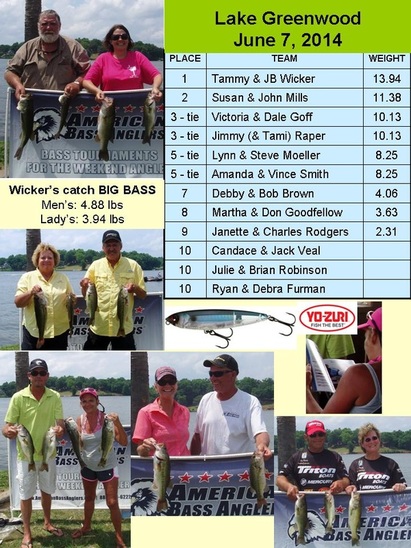 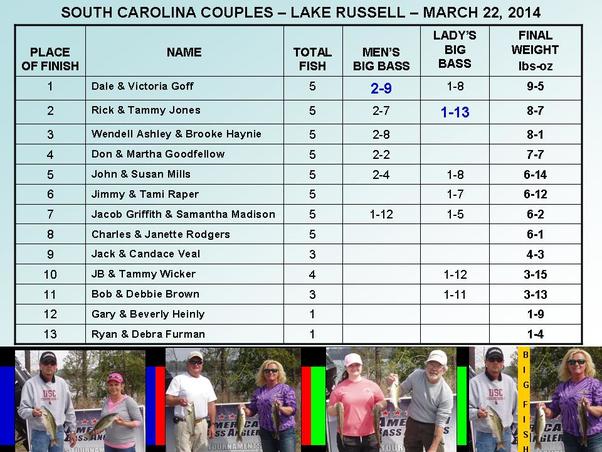 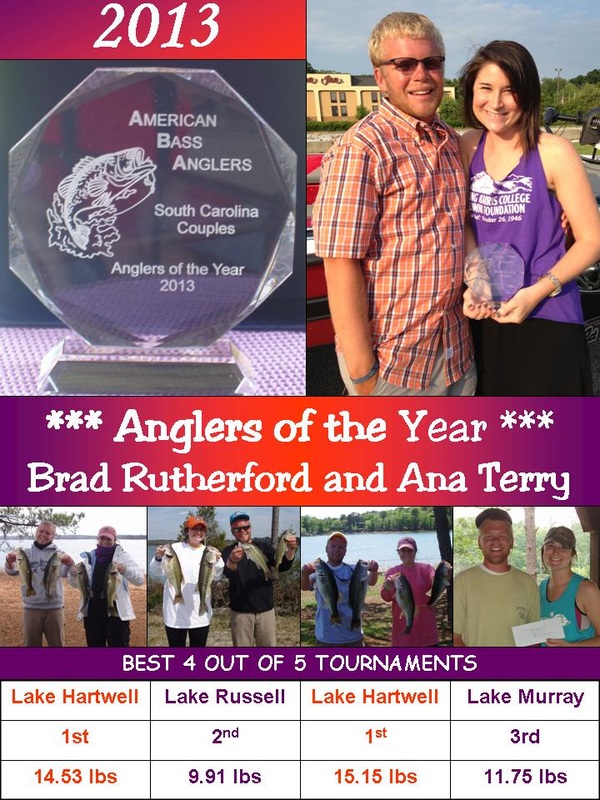 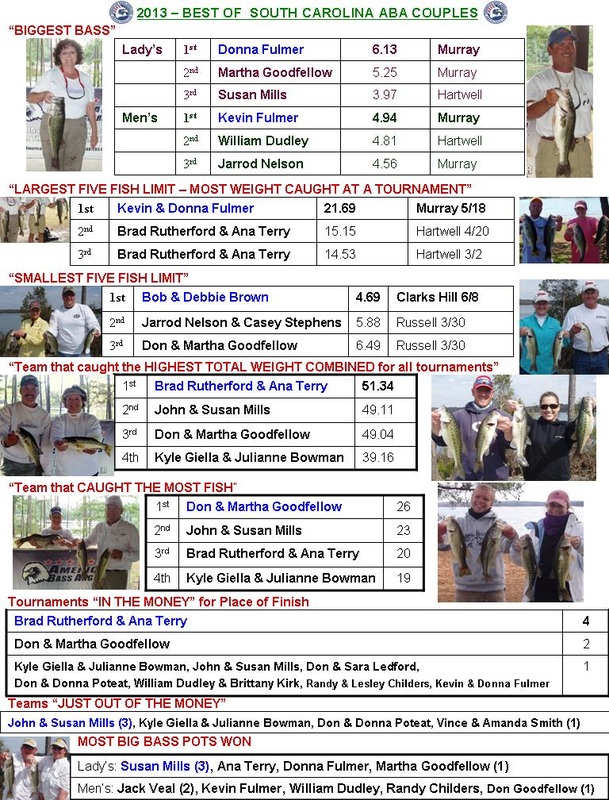 This link will take you to my web page that answers some common questions.  If you need further help, please E-mail me at sc.aba.couples@aol.com 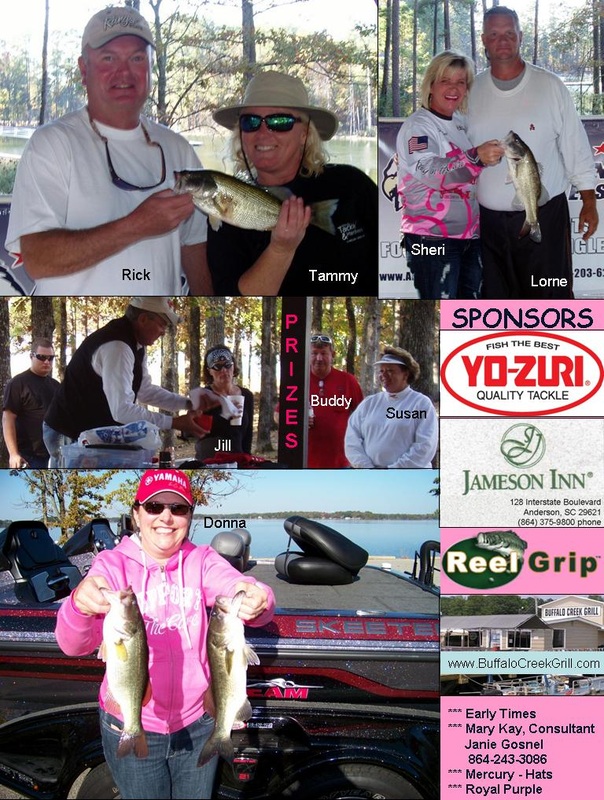 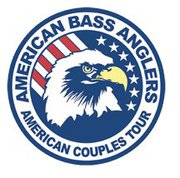 
Photos courtesy of ABA, Kathy Barker and the Goodfellows. 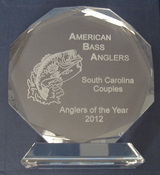 To be presented at our last tournament for the season, June 9, 2012.
Trophy to be awarded to the team that has the "best total score, from their team's best 4 tournaments".
Teams that fish all five of our SC regular season tournaments get to drop their lowest tournament score. 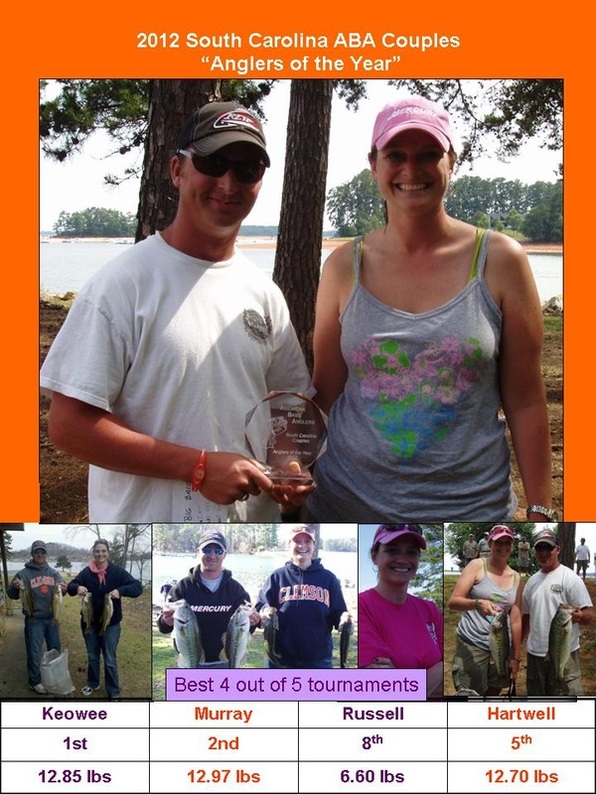 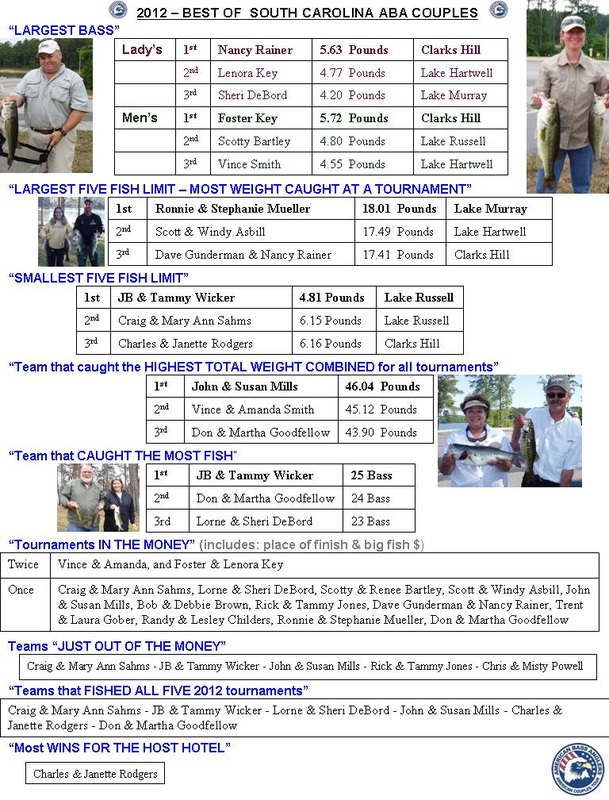 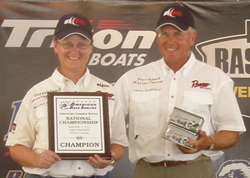 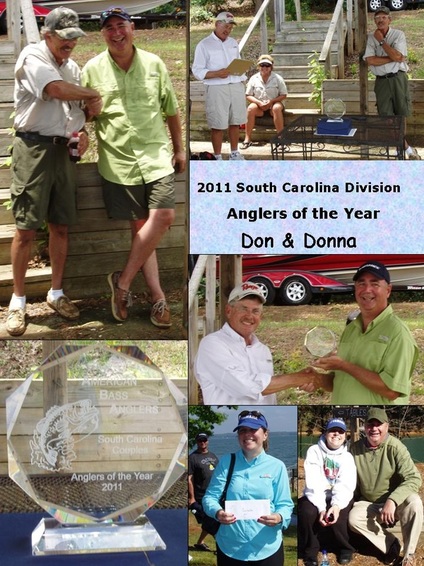 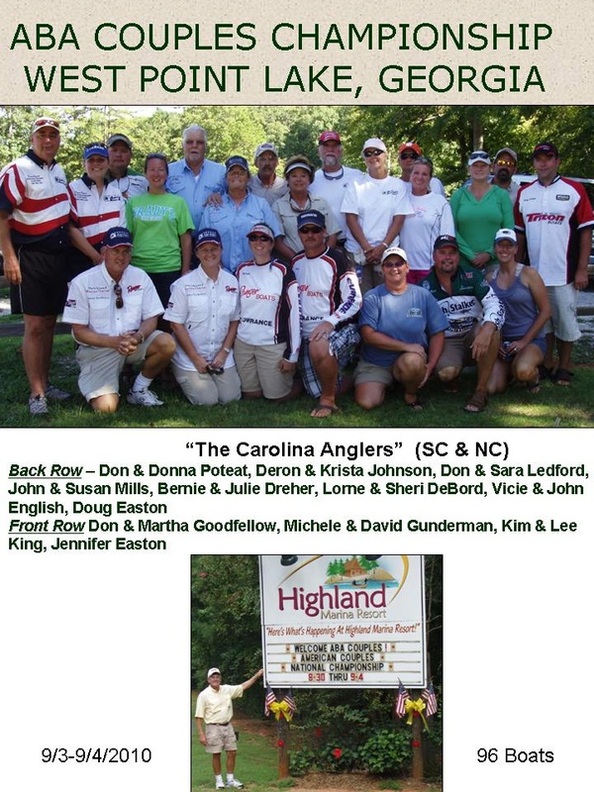 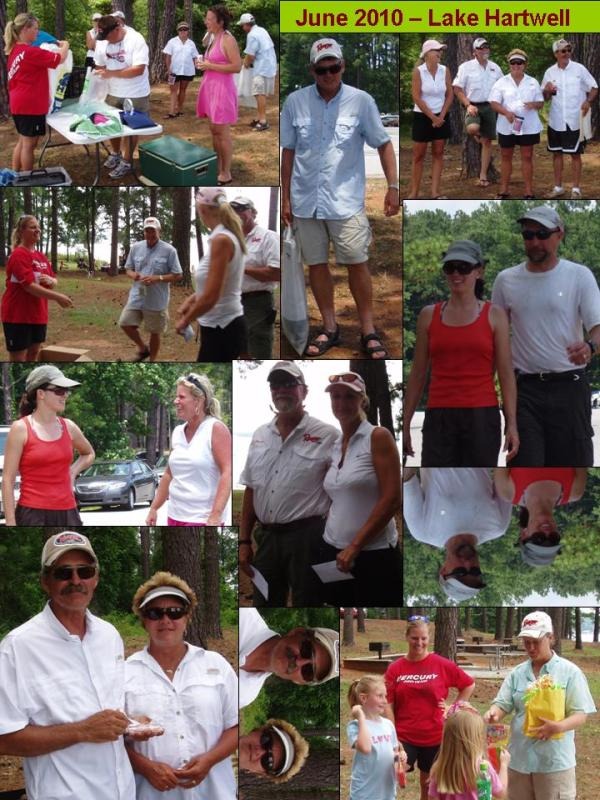 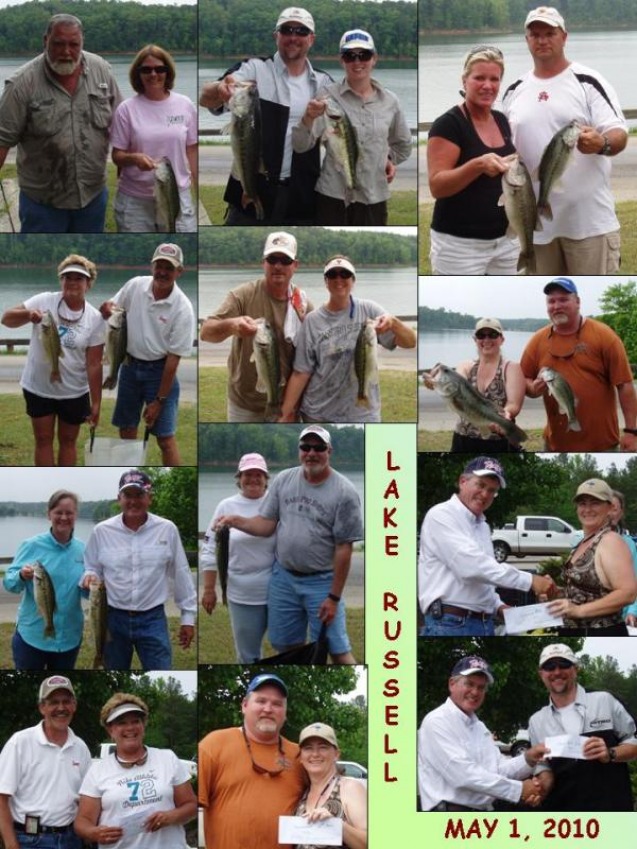 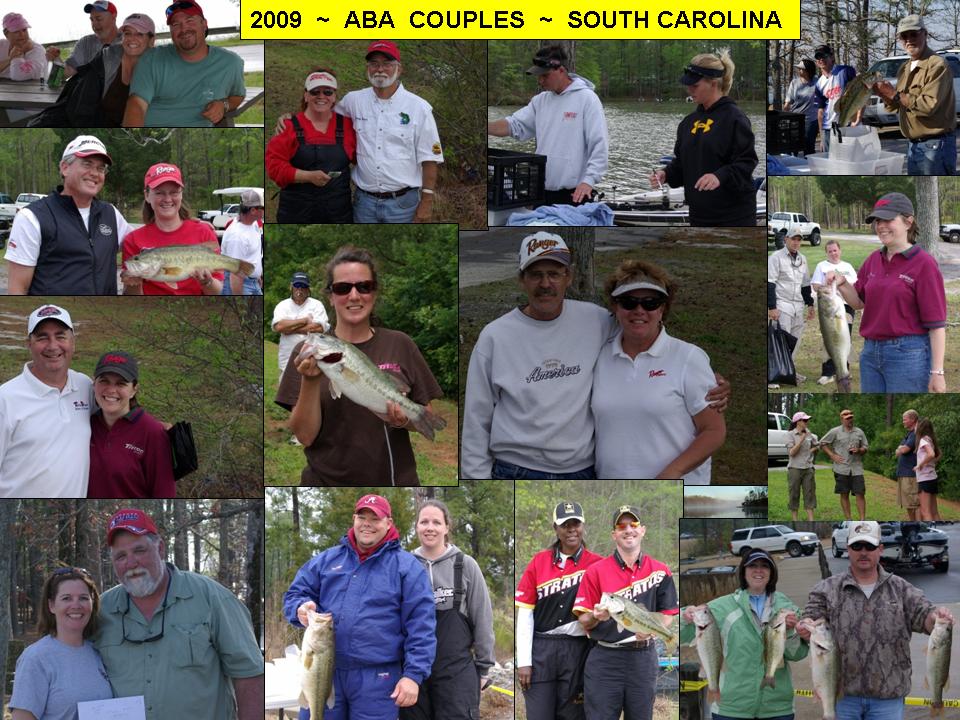